Through Al Forbes of Sunday Photo Fiction fame I discovered a new weekly opportunity to join other readers in sharing some good book titled you might want to read. Each week, Bibliophile By The Sea hosts an opportunity to share your reading by posting the First Paragraph from the First Chapter of the book you are currently reading. I found this quite interesting as I don’t always take a lot of time in bookstores to ferret out a good read.

This is also intended as a social exercise where you can drop in on others participating to give them your thoughts if it is an author you are familiar with or to ask about a new book or author you may not know much about. My book is part of the Vince Flynn series about a C.I.A. agent named Mitch Rapp. Unfortunately Mr. Flynn Succumbed to cancer last year, but there is a new book that was published in late 2016 in which a new author selected by Mr. Flynn will continue to series.

It was nearing ten o’clock in the evening when Mitch Rapp decided it was time to move. He stepped from the sedan into the April night, popped his umbrella, clutched the collar of his black trench coat, and set out across a rain-soaked East Twentieth Street. He navigated the puddles and swollen gutter without complaint. The weather was a blessing. Not only did it clear the streets of potential witnesses, it also gave him a reasonable excuse to hide his face from the city’s ever-increasing array of security cameras.

Rapp had traveled to New York City to decide the fate of a man. At an earlier point, he had debated the wisdom of handling the situation himself. In addition to the inherent rish of getting caught, there was another, more pressing problem. Just six days earlier a series of explosions had torn through Washington, D.C., killing 185 and wounding hundreds. Three of the terrorists were still at large, and Rapp had been ordered, unofficially, to find them by any means necessary.

I find my self gravitating to this kind of novel and I love when I find another author with this style. Sometimes the language is too objectionable for me, but the world has certainly seemed to embrace that change. I believe this is the twelfth book in the Mitch Rapp series, so there is quite a bit of history that ties in to the characters involved. Mr. Flynn does a great job of filling the reader in on the backstory of each character so that even if you are new you don’t feel lost. 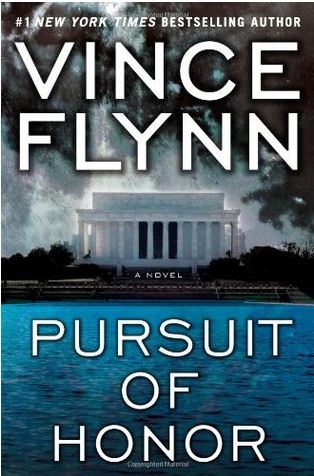 Can you tell from my writing I love God? I hope so because that is what I want you to know most about me. I am also a writer who loves taking on fiction prompts and crafting a story. One day you will read my work in print. Until then enjoy it here! For free!
View all posts by Joe Owens →
This entry was posted in Fiction Series, Mitch Rapp series, Novel and tagged First Chapter First Paragraph, Mitch Rapp series, novel series, political thrillers. Bookmark the permalink.