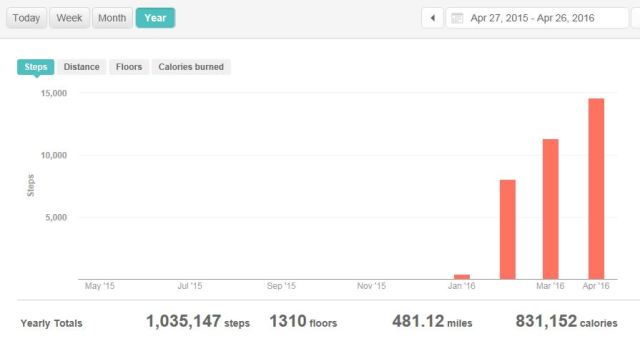 Some people love approaching crossroads. It can be an exhilarating feeling if you seek adventure. But for others it taps into one of their greatest fears, making the wrong choice. I have seen two really interesting examples as I watch my children approach their high school graduation dates.

My son Isaac was all about it during his junior year, but about a week before The start of his senior year on a Saturday morning we went to the local farmer’s market and he told me he just wasn’t ready for it to begin. My daughter had somewhat a similar sentiment at the beginning of this school year, her senior one, but as of this point, with less than 30 days to go she is ready to move to greater experiences.

I recently experienced a crossroads of a sort in my professional life and my personal life. In the professional area it involved transitioning sectors of work within my corporation. There was a period of no active assignment which caused no small amount of trepidation. Then there was a decision about whether to take the leap to change sectors. Now that I am one month plus I am happy to report the decision to change seems to be a very good one.

So what was the personal crossroads? It is one I have long desired to change. From 2002 through the summer of 2007 I owned my own business, a greenhouse. During that time I was on my feet nearly constantly, especially between January and August. My scale numbers hovered in the mid 170s and my BMI was absurdly low. When I graduated from college in 1989 I had a degree in Electronics Engineering Technology, which was great, but not a great fit for my region. But in 2007 that calculus changed and for the first time in my professional career I was working in a job directly related to my degree.

Hang on, this is still relating to the personal crossroads, I promise! When I got the new job I transitioned from on my feet 14 hours a day to on my feet basically never! It was a sit down job that required me to utilize the brains God had seen fit to bless me with. Before long the pounds began to multiply and with it some health issues.

Namely I had trouble with blood clots in late January of 2013 and early February of 2014. But still I did not make the significant change. I will fast forward the story to January 30 of this year and a most insignificant event may well blossom into the biggest crossroads event of my physical life. I won a Fitbit HR at a work party and began to take notice of the amount of activity I accumulated each day. Before long I began to notice increased energy and motivation. Then I noticed my clothes beginning to loosen. 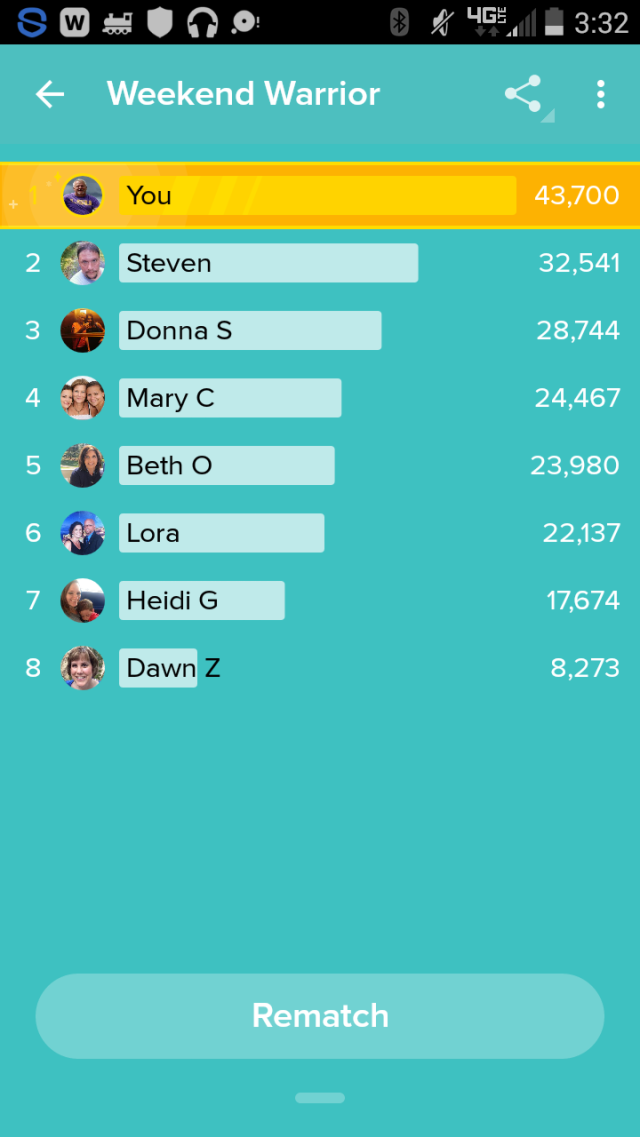 This was from a two day, Midnight Friday through Midnight Sunday challenge.

The next major event was joining a Fitbit challenge group. This pushes you to not only meet your 10K step goal, but to go beyond. If you are interested in more of the Fitbit experience you can click this link: Fitbit. While walking alone won’t stave off the potential for blood clots, along with specific prescription medicine I expect to be in a safer position. These are my crossroads, I look forward to reading yours.

Can you tell from my writing I love God? I hope so because that is what I want you to know most about me. I am also a writer who loves taking on fiction prompts and crafting a story. One day you will read my work in print. Until then enjoy it here! For free!
View all posts by Joe Owens →
This entry was posted in Blogging, Blogging Challenge, Daily Prompt, exercise, Personal Health, Writing and tagged blogging, blogging challenge, daily post, excercise, postaday, writing. Bookmark the permalink.