One With the Pond – 09 March – Sunday Photo Fiction

Sunday is the beginning of another weekly invitation from Alastair to open our imagination and tell the world what we see in his photo prompt. There is always several rich stories that flow from this interesting photographic offering. If you fancy a short adventure add your 200 words or less and join the fray. 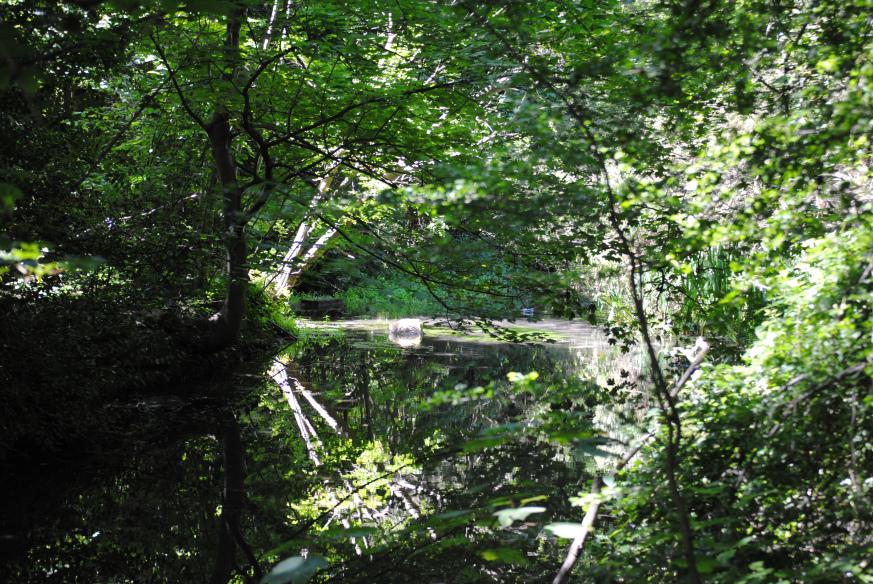 The old man sat under a tree and thought about the situation he was about to face. Success had been absent for far too long and he knew he still had the ability within to be victorious again. He could remember well the first time, when he shocked everyone around by pulling the mammoth prize from the famed pond. No one had ever seen such a fine specimen. Many of his friends were jealous and refused to credit his fishing acumen. They put it off on some sort of trickery.

Since that day Lucius Martin had tried unsuccessfully to repeat the feat. But today he felt his fortunes were going to change. He was taking time to set his mind right, like he had that first day. To him it was as much a mental exercise as a physical one.  When he felt he was ready he retrieved his gear and moved to the familiar spot on the bank. He could feel the anticipation building in his gut as he pressed the release on the rod and sent his bait flying into the water.

Can you tell from my writing I love God? I hope so because that is what I want you to know most about me. I am also a writer who loves taking on fiction prompts and crafting a story. One day you will read my work in print. Until then enjoy it here! For free!
View all posts by Joe Owens →
This entry was posted in Alastair's photo Challenge, Christmas, Weekly Photo Challenge, Writing and tagged Alastair Forbes, photo fiction prompt, photography, Sunday Photo Fiction. Bookmark the permalink.