The XXII Winter Olympic Games come to us from Russia, namely in the city of Sochi. There will be 98 events over fifteen disciplines of the 7 major sports during the 2014 Olympics, the most ever.  Nearly 2,800 athletes from 90 countries will compete to claim the hardware that will make them legends forever in their home countries.

I got to thinking about the kind of Olympic athlete I would be if I got the magical wish to be part of lineup in Sochi. What kind of sport would I choose to enter if I were fit and able? I find it hard to choose only one. So instead I will give you mine in descending order of which I favor. 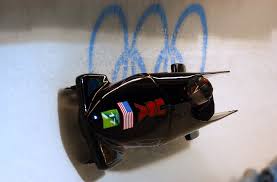 To ride a bobsled would at once be thrilling and probably scare the life out of me at the same time.I would want to be the second guy in for the protection the machine provides in that space. Thundering down an icy track might be fun, but I have seen several sleds flip and skid for a long time. None of this is enough to deter, just something to consider. 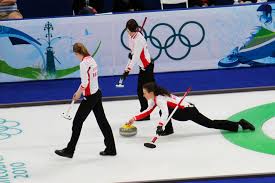 I have known about Curling for several years, but actually watched some of it in the 2002 Olympics while I was between jobs. That year I watched the women’s curling and saw the team from Norway compete against someone else, I cannot remember who. I think the Norwegians lost that match, but I cannot remember how they fared overall. This seems like ti would be a challenging, yet interesting event.

I think the first speed skater I can remember was Erick Hayden. The graceful moves that propels these athletes on the straight stretch are so beautiful and I think i would really enjoy this event. It is one of those contests not judged by technical elements, but sheer ability. I would love to have the opportunity to compete against others in a Speed Skating sprint.

When I think if the one event I would want most to compete in during the Winter Olympics it always come back to this. To soar down the big hill and launch into the air for those precious seconds of defying gravity would be more thrilling than the greatest roller coaster ride of my life.  As with a lot of high excitement events their is also significant risk. I have seen ski jumpers come down wrong. But that is the bad, and all good things bring some risk.

I cannot recount the names of the champion ski jumpers. In fact the only ski jumper I can recall is the one from the United Kingdom that was as much a joke as serious contender. A am not sur eif any of you readers will remember “Eddie the Eagle” but he never competed within the top tier of medal contenders, but he was a hero to his home country and a media darling.

So there is the list of the four events I would want to compete in were I to have that magical moment at the Sochi Winter Olympics. Obviously I won’t get that wish, but it was fun writing this to pretend.

So, what Olympic events would you try at Sochi? Do you enjoy watching the Opening Ceremonies, with all the pageantry and opportunity to rub elbows with athletes from other countries? Has your country hosted an Olympic Games recently? Have you attended any Olympics?

Can you tell from my writing I love God? I hope so because that is what I want you to know most about me. I am also a writer who loves taking on fiction prompts and crafting a story. One day you will read my work in print. Until then enjoy it here! For free!
View all posts by Joe Owens →
This entry was posted in Writing, Yeah write and tagged bobsled, Bobsleigh, curling, moonshine grid, ski jump, ski jumping, speed skating, Sports, sports dream, Winter Olympics, world class athletes, yeah write. Bookmark the permalink.