For eighty five years the stars of Hollywood have gathered for the pageantry and pomp of the annual Academy of Arts and Sciences award ceremony, also called the Oscars. This ceremony gives those of us who love to see motion pictures the opportunity to see our favorite actors or actresses in their usual element. The collection of luminaries includes veteran actors and newcomers rubbing elbows as they watch their peers receive recognition for their outstanding work on screen.

But what does an Oscar mean to an acting career? I mean the Oscars certainly aren’t the only awards passed out to these people. There is the Golden Globes, Screen Actors Guild awards and the People’s Choice among others. What makes the Oscars so special? 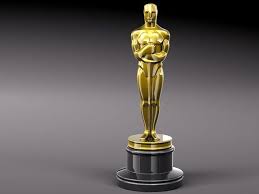 For one thing, it is the organization that gives this award. This organization is the Academy of Motion Pictures Arts and Sciences and has a membership of nearly 6,000. Almost a quarter of this number is composed of actors and actresses. The membership is made through invitation of persons considered important to the industry. So the prestige that accompanies a nomination or a win is significant.

Every major occupation has a way to single out the best of their lot. Think about most valuable players in sports or top business executive and so on. As humans we have a need to separate and celebrate the best of the best. The Oscars do this in a way that certainly promoted the Hollywood way, with lots of pomp and circumstance.

Consider some of the most luminous stars of today: Tom Hanks, Meryl Streep, Jack Nicholson to name a few. Each as multiple Oscars to their credit. They are known worldwide as bankable stars that lend a certain gravitas to any project they join. But does that automatically mean they are Oscar worthy? No, because all of these actors have starred in my more films than they have awards or nominations.

Just like with any other recognition award there is always so much competition. Young stars explode on the scene and compete with the established veterans for these career changing awards. Jennifer Lawrence picked up her first Oscar last year at the young age of 22. She is nominated for the third consecutive year, a record for someone her age, this time for the Best Actress category.

Many times you will see a movie promoted with the wards Academy Award Winner or Oscar Winner so and so. It is a badge of honor, recognized not only within the industry, but by fans worldwide. The iconic golden statue is probably the most well-known trophy in the world as so many people love the motion pictures spewed in abundance by Hollywood.

The actual telecast of the Oscars is also an annual event for many people. ABC has televised the Oscars for as long as I can remember and over the last thirty years the audience has trended downwards, as it has for most every televised event save the Superbowl as the options for viewing continue to increase. Regardless the event will easily be the most watched show for the week it is planned, which this year is the first week of March.

An Oscar is a type of credential only a precious few are ever blessed to receive. Right now there is five nominees each for Best Actor and Actress and Best Supporting Actor and Actress. That means four out of twenty of the best of the industry will go home with career affirming hardware. But it is that exclusivity that makes the award mean something.

Beyond that being an actor in a picture that earns the Best Picture award can mean so much to a studio. The rewards from this pay dividends for years to come. You can see that in the amount of promotion that will occur between the announcement of the nominations earlier this week and the awarding of hardware on March 2nd.

Perhaps the Golden Age of Hollywood has truly passed. For many the stars of that era included Katherine Hepburn (4 Oscars), Ingrid Bergman (3 Oscars), and Walter Brennan (3 Oscars). But Daniel Day-Lewis collected his third for Lincoln recently and Tom Hanks could bring home his third for the role in Captain Phillips this year.

Motion Pictures will always captivate our hearts and minds as they bring the fantastic and dramatic stories we love to life. People will always crave an escape that the motion picture can provide. As long as this is true the Oscars will maintain their relevance.

Can you tell from my writing I love God? I hope so because that is what I want you to know most about me. I am also a writer who loves taking on fiction prompts and crafting a story. One day you will read my work in print. Until then enjoy it here! For free!
View all posts by Joe Owens →
This entry was posted in Motion Picture, Movies, Writing and tagged Academy Award, Best Actor, Best Actress, Best Supporting Actor, Oscar Award, Oscars. Bookmark the permalink.