Ok, I know most of you reading this are writers. As such you build your story around characters, don’t you? I mean you may have a signature character that recurs in your book series, someone you have invested so much thought and care into forming. How would you handle someone coming in and killing off your character? Deciding it was best for the story if they were no longer part of the action? That is exactly what the writers of certain televisions shows experience each season. The reasons vary, from cancellation to a change in direction to the choice of an actor or actress to break away. What I want to talk about are the range of reasons and the logic I see as well as the ramifications. As a writer I think about this from my standpoint and how I would deal with the abrupt change. 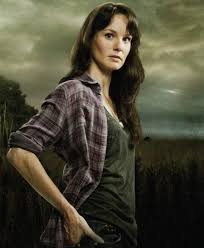 This is the wife of signature character Rick )(Played by Sarah Wayne Callies) She was killed in the second season. 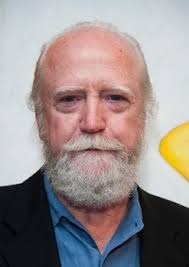 One really popular example at the moment is the AMC drama The Walking Dead. There are no signature characters it seems as several of what could be considered main characters no longer remains on the cast. I am sure the show runners will justify this by saying in such a time the likelihood of anyone making it through alive is so remote you can expect anyone to die. The removal of these characters does not seem to alter the success of the show as the ratings remain steady.

At other times characters disappear due to decisions by a cast member to move on. Sasha Alexander took and exit from NCIS after three seasons because she was not prepared for the physical requirements. At the time NCIS was not the televisions ratings blockbuster it is now, but when Cote De Pablo came aboard as Ziva the writers seamlessly wove her and her backstory in to go on to great success. You can remember, if you are my age, a time when Patrick Duffy had some chicanery surrounding his character. Everything was erased with a shower scene. Unless you are a Dallas fan you may not know what I mean, but I think about it from the writer’s side and I just think I might want to bludgeon the director or producer with my keyboard.

Another example is the post-apocalyptic show Revolution. In the beginning the main plot was rescuing Danny, the brother of main character Charlie and son of Rachel. But about half way through the first season the character was killed. Whether by design or due to some social media based calculations of favorite characters the change was made. The show did not see a positive or negative effect, but continues to add minor characters as it lumbers along. So writers tell me how you would handle this? What if the character you attached yourself to was brought to the chopping block. Would you lobby for their survival in the most fervent of ways? Could you move on, thinking that was the way of the business? Maybe someone has the actual experience they can share with is. If so let us hear your feelings.

Can you tell from my writing I love God? I hope so because that is what I want you to know most about me. I am also a writer who loves taking on fiction prompts and crafting a story. One day you will read my work in print. Until then enjoy it here! For free!
View all posts by Joe Owens →
This entry was posted in Blogging, Blogging Challenge, Writing, Yeah write and tagged Alastair Forbes, Cee Neuner, Daily prompt, Nola girl at heart, The Chain Writing Game, Trifects, trifexta. Bookmark the permalink.